MULTNOMAH COUNTY DRAINAGE DISTRICT / WHO WE ARE / DISTRICT HISTORY 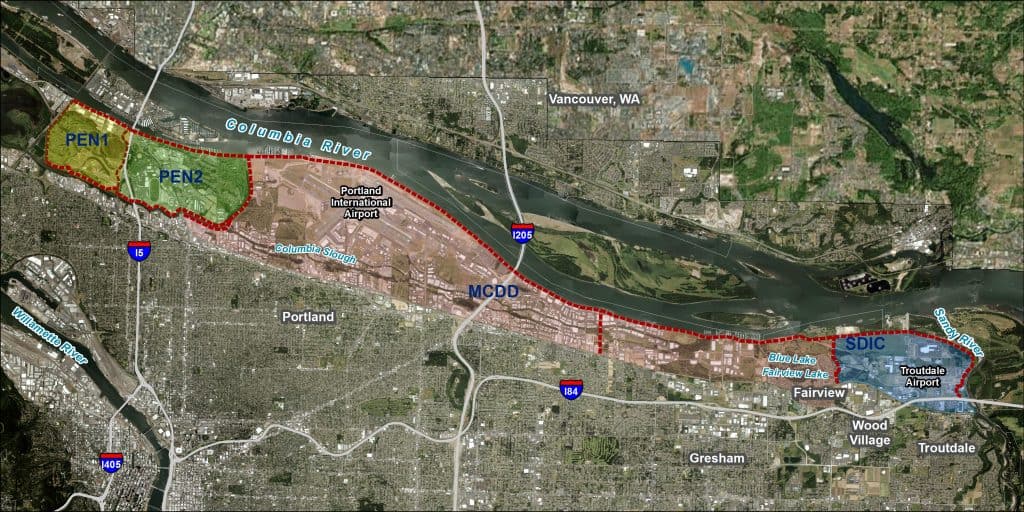 The Multnomah County Drainage District (MCDD) helps protect lives and property from flooding by operating and maintaining flood management systems for nearly 13,000 acres of land along the Columbia Slough and the lower Columbia River. These systems include: 27 miles of levee, 12 pump stations, and 45 miles of sloughs, streams, and culverts. 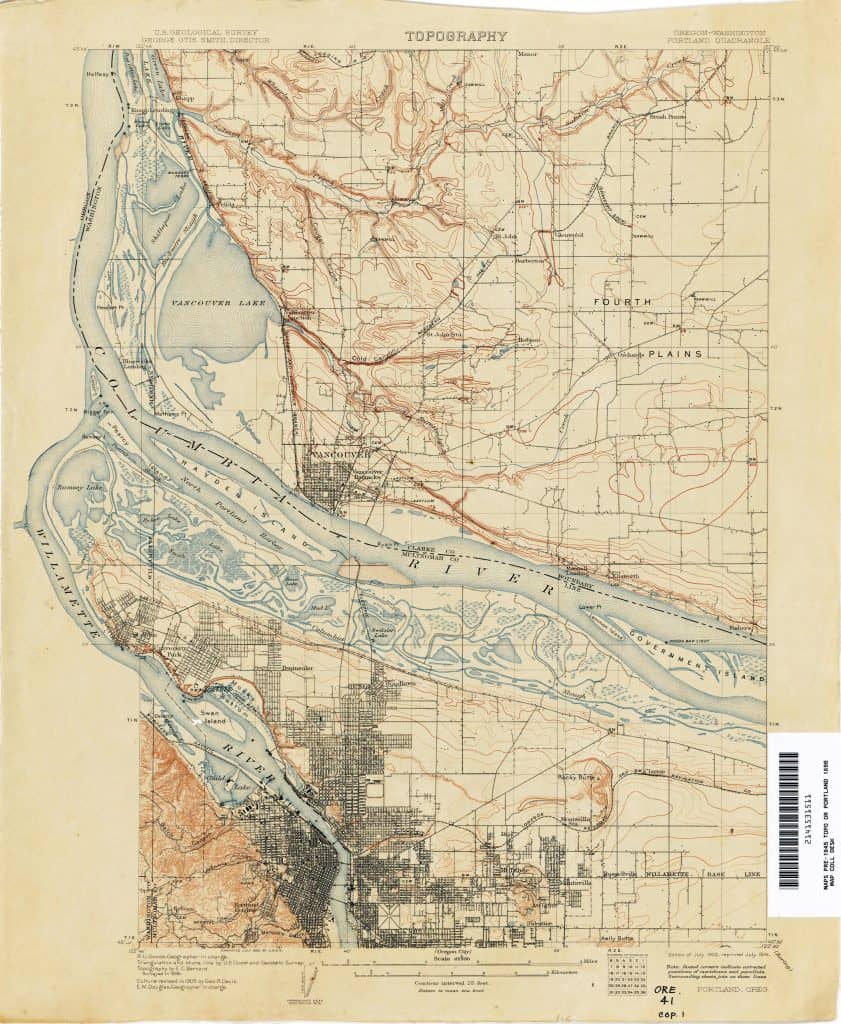 Before the Districts were formed, the area was part of the Columbia River floodplain. It contained a natural system of stream channels, lakes, and wetlands that flooded annually. Numerous lakes existed, including Fairview, Switzler, Mud, Force, Smith, Bybee, and Ramsey Lakes. In summer and fall, the rivers receded, drying out the floodplain.

For generations, Native Americans inhabited the Columbia River floodplain. The Chinook tribes used the area to hunt and fish, and traveled between the Willamette and Columbia Rivers via the more shallow waters of the floodplain. Their principal food sources were salmon, sturgeon, and camas. Cedar longhouses were occupied seasonally.

All four Districts were formed in 1917. At that time the land was primarily agricultural and flooded throughout the year. Local interests built berms to help protect the land from flooding so they could farm year round and develop the land for industrial use. The 1936 Flood Control Act made the United States Army Corps of Engineers (USACE) the primary federal agency responsible for flood control regulations and standards, including levee standards. After 1936, at different points in time, the USACE has built out and improved the Districts’ levee system.

Today, the Districts are considered special districts under Oregon statute. MCDD, PEN 1, and PEN 2 operate under ORS 547 while SDIC operates under ORS 554. Each district has a separate board and budget. Being special districts, we are not considered federal, state, or city governments. We have limited authority under these statutes, and our only funding mechanism is property assessments. We charge landowners in the districts an assessment annually for our services, and cost share them for special projects. 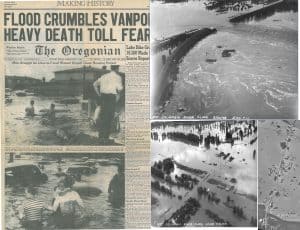 The Districts have experienced three major high water events since their formation. In 1948 there was the Vanport flood, caused by a collapsed railroad embankment, which killed over a dozen people and destroyed the city of Vanport. In 1964 the area experienced a high water event, and again in 1996.

To help recuperate from these events, the Districts participate in the USACE’s Rehabilitation and Inspection Program (RIP), which provides emergency repair funds in the event that a flood damages the levees and also obligates us to follow USACE regulations. To prove that our levee and drainage system can protect against future flood events, we also must accredit the Districts’ levee system through the Federal Emergency Management Agency (FEMA).  Accreditation is not only important for proving that our system provides a certain level of protection, but it also allows District landowners to access lower cost flood insurance.

Visit www.leveereadycolumbia.org to learn more about how the Districts are working with local partners to ensure our local levee system meets federal standards and continues to reduce the risk of flooding for tens of thousands of jobs and residences, hundreds of acres of parks and natural areas, and places of cultural and historical significance. 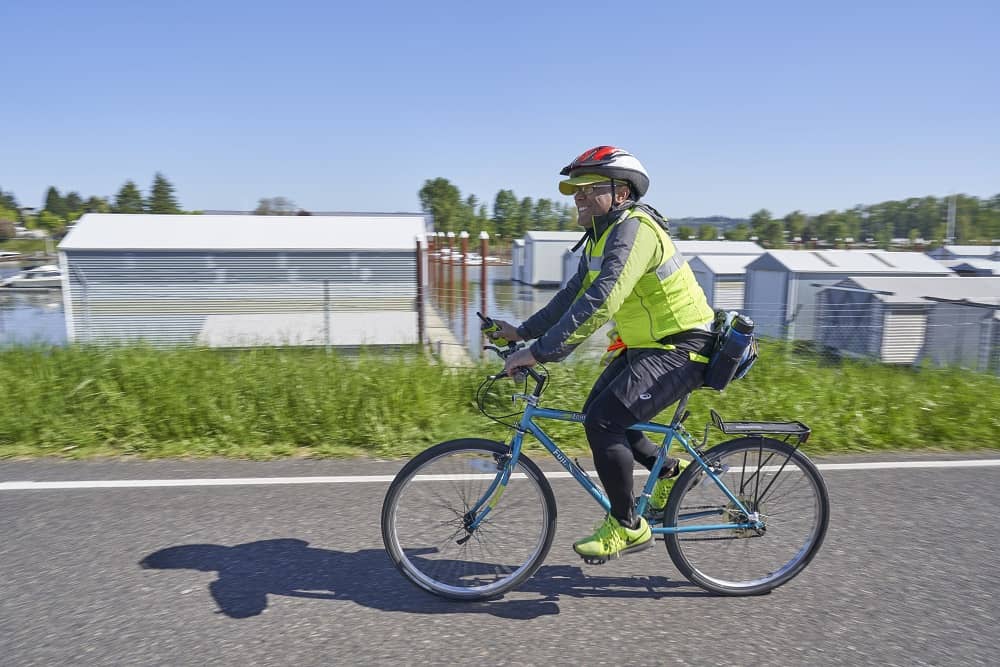 Participant at Bike the Levees Event, 2019

Throughout the year, the Districts work and partner with many other agencies such as the Cities of Portland, Gresham, Troutdale, and Fairview, the Port of Portland, and community organizations like the Columbia Slough Watershed Council, the Columbia Corridor Association, the Vanport Mosaic, Verde, and neighborhood groups.  We come together to practice and improve our emergency protocols and host events to raise awareness of flood risk and the history of the area.

By collaborating and working with a variety of partners, we are able to provide flood protection to our area while also fostering natural restoration and recreation development along the lower Columbia River.

Learn more at an upcoming meeting or public event, a full list of dates and times is available on our calendar page.